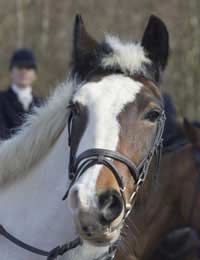 Hunting involves pursuing animals either for sport, trade or to eat as food. This definition doesn't extend to all animals though. Animals that aren't classed as game are excluded (game animals include game birds, red foxes, red deer, roe deer, ducks, mallard, wigeon, geese, rabbits, woodcock and wood pigeon) as are potentially dangerous animals that could pose a threat to human safety.

In the United Kingdom, animals like foxes, hares and birds are hunted, often for the enjoyment of the hunters. Hunting has been free from limitations for many years, but hunters have been hit by government legislation that restricts their ability to hunt. Since 2005, it is no longer legal to hunt foxes in England and Wales using hounds (see our article on 'The Hunting Bill' for more details on that). Fox hunting in general has been banned in Scotland since 2002. Read on for our introduction to hunting in the UK.

Is Hunting a Popular Rural Sport?

According to the British Association for Shooting and Conservation (BACS), at least one million people in the UK take part in shooting activities every year (shooting is just one form of hunting).

How Long Does the Season Last?

The typical hunting season runs from the beginning of November to late February. Hunts generally start around mid-morning and continue through to late afternoon.

The hunting party meets before the start of the hunt. This can sometimes be in a car park or at the house, hotel or pub. Pre-hunt drinks are often on offer.

Around half an hour after this meet, a horn will be sounded signalling the start of the hunt. Before the banning of hounds in fox hunting, the huntsman would then take the hounds a short distance away and release them. If they found a scent immediately, the hunt would start right away, but sometimes, they might not be able to pick up a scent at all. If this was the case, the hounds would be gathered together again by the huntsman and re-released further along. This would be repeated until they found a scent.

Clearly then, the Hunting Act (2004) had a big impact on the organisation of a hunt. Dogs used to be an integral part of traditional hunting, and their removal from fox hunting turned fox hunting upside down. Drag hunting is now the main alternative to fox hunting. This involves laying an artificial scent prior before the hunt starts, which the hounds will pick up on. There are no foxes involved, but drag hunting is more demanding than traditional fox hunting, as it involves much more jumping. Because of this, it's not particularly suitable for young children, unless they are competent cross-country jumpers and can maintain a fast paced gallop. See our article on 'Drag Hunting' for more details.

For those in favour of hunting, death and suffering is an unfortunate fact of life. They argue that animals will die anyway (sometimes in a similarly brutal fashion), and that they are merely speeding up the process by hunting them. See our article on ’Arguments For Hunting’ for more discussion on the arguments of pro hunters.

Animal rights campaigners point to the cruelty suffered by the animals that are being chased. It is rarely a clean kill - most animals undergo intense pain and suffering before they eventually die. See our article on ‘Arguments Against Hunting’ for a lengthier discussion of the arguments put forward by anti-hunters.